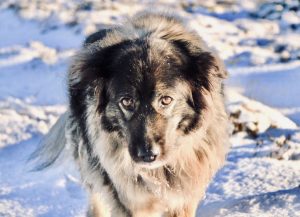 I mentioned in a previous post, our beautiful dog Sasha. A rescue from Eastern Europe, we adopted through the excellent London based charity “Serbia’s Forgotten Paws” the year before Keira arrived. There were literally dozens of dogs waiting for homes, to choose from on the SFP website but I asked Jovanna, the lady who manages the charity, to show me pictures of just six dogs and give me details on each dog, age, personality etc. I showed the pictures with all the information to Mario and our sons. They liked the look and description of Sasha and so did I! 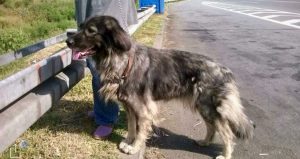 When found on a motorway in Serbia. Look how skinny she was then 🙁 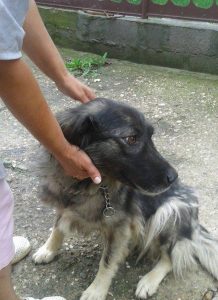 Rescuers from “Serbia’s Forgotten Paws,” putting a lead on her. 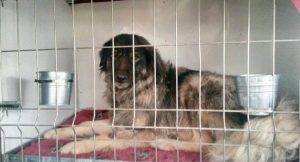 Stopover in Germany on the way to the UK. 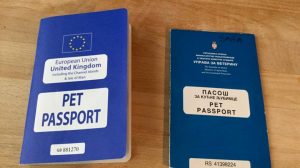 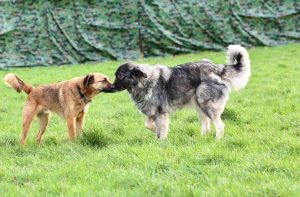 Arrived in the UK, along with other dogs bound for new homes there. 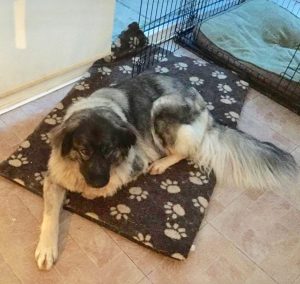 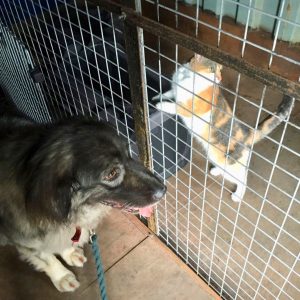 Sasha travelled overland across Europe before arriving in the UK and spent six months with Sara and family, (as was the case with Keira, very well taken care of) before traveling down on the ship, the same procedure as Keira. The crew on the ship were amazing, so good to Sasha and she arrived happy and not stressed at all. It was a wonderful event for us the day we went to collect her from the ship. We were all so happy Sasha was now finally home with us. 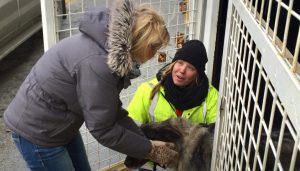 Arrival in the Falklands.

Actually, everything Jovanna told us about her, turned out to be spot on. A big fluffy gentle bear! Excellent with children and other dogs although quite independent, not really one to play with other dogs not even with Keira but that was okay. They often ran together, although Sasha was never really good at recall, bless her, but that was fine too. (Actually Keira is the same sometimes, when she spots a hare!). But Sasha to us was absolutely perfect and we loved her exactly as she was. Mario called her Sashita. She loved Mario,  always liked to sit or lay by his side. 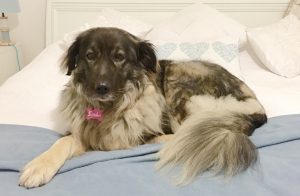 Super friendly and loved attention but not one of those dogs that was overpowering and constantly jumping up on you. She very rarely barked and when she did, it was a kind of deep, slow mellow bark. Whenever anyone came to the house, she greeted them at the door and offered her paw. I loved watching her run, it was like a graceful gallop. 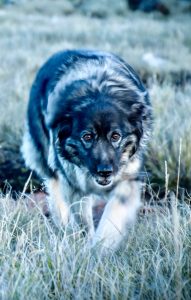 Enjoying the outdoors. Gliding along! 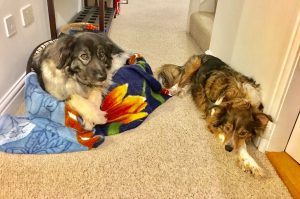 Sasha and Keira relaxing together.

Sadly, Sasha died last July, from what the vets believe was either a stroke, or a twisted intestine. We never found out the exact cause of death as Mario and I couldn’t bare the thought of an autopsy being preformed on her. Losing our gentle giant was devastating for me and all our family, we still miss her a lot. 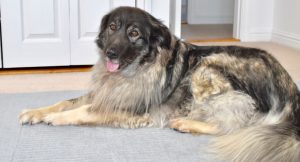 We never really knew how old Sasha was, it was estimated she was about five when we adopted her. Some time before she died, she was beginning to suffer from arthritis in her hip, physically she was deteriorating quite quickly. It appeared she was well into her years by then, or perhaps her life before being rescued was hard. It’s thought she spent most of her previous life (before being found abandoned on a motorway in Serbia), on a chain outside, her teeth were noticeably ground down. The vet said they were in that condition probably due to her chewing a chain. Obviously trying to free herself. 🙁 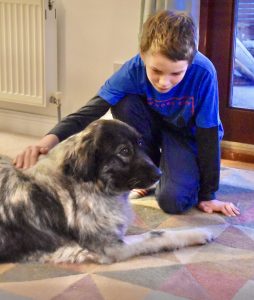 With my nephew James, who adored her.

I hope Sasha was happy with her life with us. Just over three years, was way too short. How I wish it could have been a lot longer. But it wasn’t to be. 🙁 She always seemed content and loved just chilling around the house. We certainly enjoyed her being part of our family. There are places where Sasha loved to go. I still cannot face returning to, perhaps one day I might. Just before our youngest son Saul emigrated to Australia, (after returning to the Falklands for a few months, from working in Canada), Sasha spent a great summer with him. Saul found a nice place to take her in the hills above the town where she was safe to run off the lead. Sasha and Saul were great pals. 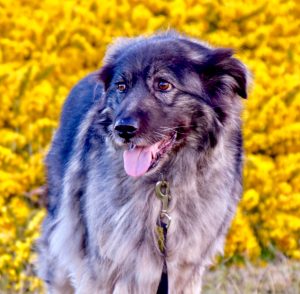 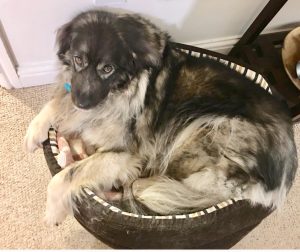 Keira’s bed is way too small for you, Sasha!! 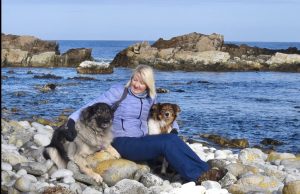 There was absolutely no problem with Sasha and Keira together. They were introduced very carefully while both of them were out for a walk and then entered the house together and everything was fine, no fights or jealousy and both respected each other’s space, never actually cuddling up together like some dogs do, but staying close to each other. 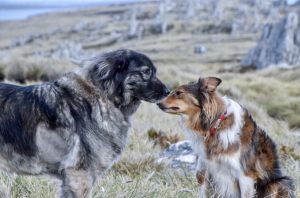 With K. during a walk. 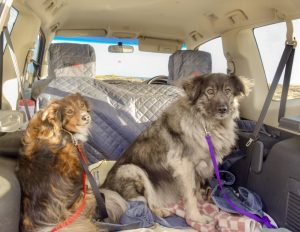 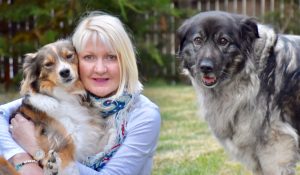